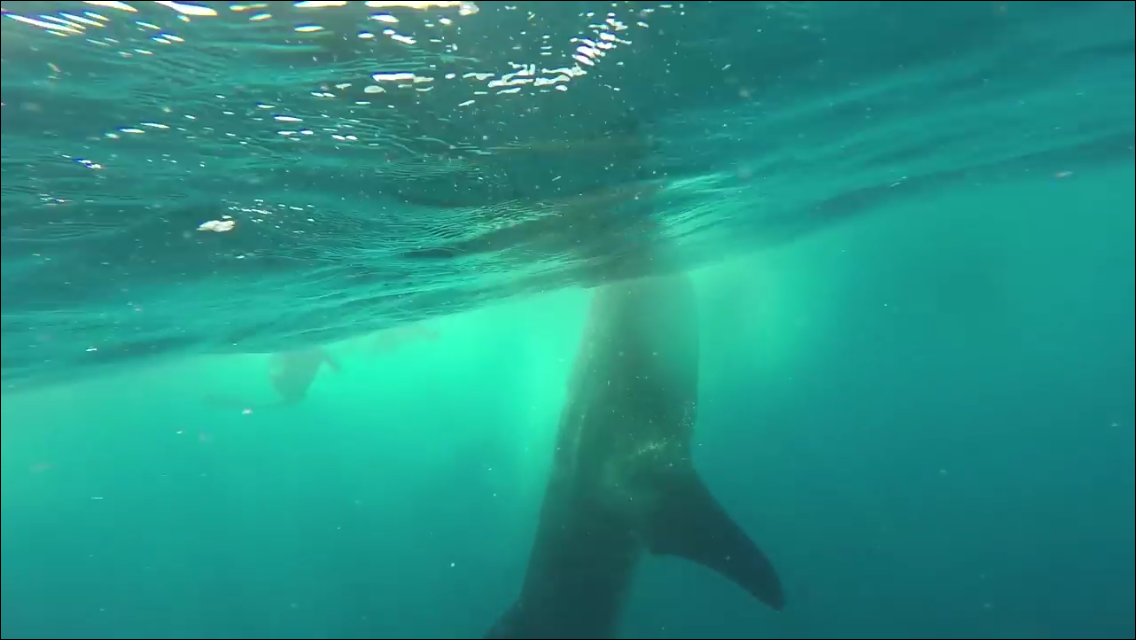 Most everyone that has spent any time with me knows that I say the beach is my happy place.  For about the past 24 years my family has gone to the beaches of North Carolina for a couple of weeks each year. We rent a house right on the water. You can lay in your bed with the windows open at night and listen to the waves. You can sit in the hammock with a view of the expansive ocean in front of you.  I love it.  However, as much as I love being on the beach, I am not a huge fan of flapping around in the deep blue ocean. So believe me when I say I know it’s hard, but I also know it’s worth it, to face your fears to swim with whale sharks!

Disclaimer: This post contains affiliate links. As an Amazon Associate, I earn from qualifying purchases. Thank you for your support.

I do, however, love to watch Shark Week on tv and learn about all these different amazing creatures under the water. I mean, as beautiful as the world that we can see every day is, there is a whole other world under the water! My mother loves to scuba dive. In an attempt to be able to do that with her, I took the classes once. Unfortunately, all the gear made me a little too claustrophobic so on the second day I got out of the pool and said forget it.

So, when my mother started talking about going to swim with whale sharks in Mexico with one of her scuba buddies, I was more than a little hesitant! I mean, I loved the idea of going, but I’ve always been hesitant with scheduling too many personal things. I was always letting work keep me from doing things I would really love to be doing, or I was afraid to make plans to far in advance because what if a guy came into my life that I would want to do something with? (Man, I sound lame, but how often do we all do that? Put off living life because we were holding on to an idea of what our life was supposed to look like?)

Last year I tossed all of that to the wind and said screw it! So, I said yes to going to Mexico. I still wasn’t sure if I was going to swim with the whale sharks but figured that the worst-case scenario would be, I went out with them on the boat and just didn’t get into the water. So, we went down to Isla Mujeres, a small island just off Cancun.

Now let’s get to facing our fears. When it was time to go out to see the whale sharks, we were with a group of 3 others who were planning on going in. I was all suited up and prepped as if I was going to get in, but I hadn’t made up my mind yet. The boat ride out was a little rough, and as I looked back at the hotel and Cancun area, everything just kept getting smaller and smaller. Finally, I couldn’t see it anymore. No more land in sight. Now, I’m not afraid of being on top of the water out in the ocean. I’ve done cruises and other boat trips, but the idea that I might be jumping into the water that far away from land kept getting a little scarier for me.

The cool thing about seeing the whale sharks here is that it’s 100% on their terms. They’re out in the ocean living life.  It just so happens that there are all these weird humans jumping into the water all around them. Just in case you have been reading and have no idea what a whale shark is, here’s some insight.  They are indeed sharks and the largest shark at that. It’s not really known what size the biggest whale shark can get to, but they can typically be as large as a school bus! They tend to swim around near the surface of the water feeding on plankton. In fact, that’s why they were in Isla Mujeres during this time of the year (early August), because the food was there.

So, we’re among all these other boats with people jumping off right and left of me. The first group from our boat jumps in and starts swimming off. I start crying. No joke! I began crying like a little baby. The more they were talking about what I needed to do, the more I freaked out. You can’t see the bottom. You don’t know what’s going to come up from the deep dark blue. I wasn’t afraid of the whale sharks. I had done enough research to know they weren’t dangerous to me, but who’s to say what else was in there or could happen?

The second group was getting in the water now, and I was at the ugly crying stage. I mean, no one was going to push me off the boat. It wasn’t something I HAD to do. I think I was crying in part because I was afraid of jumping in, but I was also afraid of what would happen if I didn’t jump in. I could see the whale sharks from the boat, and they were amazing creatures! How could I possibly pass up this opportunity?

Well, now it was my groups turn to jump in and swim with the whale sharks. I got to the side of the boat and tried to get myself to do it, but unfortunately, I couldn’t stop crying enough and told my mother to just go without me. (I wouldn’t have been able to see clearly through my goggles anyways with all those tears 😥 .) So, I was sitting there on the boat, this 36-year-old crying because she was afraid of the water. I was embarrassed with myself. I wanted to jump in and be brave. My mom came up and the first group went again. Listening to everyone’s stories I knew I had to shake it off. I mean, there were little kids in there for crying out loud!

We got back around to my group’s turn and this time I was put together enough to do it. I was going in without my flippers on (they add to that claustrophobia thing I mentioned earlier) and told my mom and the guide that they both had to hold my hands the whole time. Yes, I’m a grown woman who needed her mom! I took a deep breath, held on to my snorkel and goggles, and slipped right on into the water with the whale sharks.

They both held my hands as we swam closer and closer to the whale sharks. They. Were. Amazing! I mean, it’s hard to put it into words how amazing I thought they were, and how life-changing the experience was. We swam around and they were everywhere, and they were HUGE! The pictures and videos, while amazing, just can’t capture that sensation you felt when they swam passed you.

Our time was up, and we headed back to the boat. One of the members from the first group went back in, but it looked like everyone else on the boat was done. (Apparently, they were getting sick and I just didn’t see it.) They asked if anyone else was going to want to go again, and I said, YES! Are you kidding me? Of course, I wanted to get back in the water! This time I put my fins on and jumped into the water with a little more gusto! It was so peaceful in the water (despite all the other people and boats surrounding us), and the whale sharks just kept swimming on by. If you were in their way, YOU were the one who better move!

I know I’ve said this a couple of times, but it truly was AMAZING! It wasn’t something that had been on my bucket list, but it was something that I will never forget! I’m afraid of things every day. We all are. They might be small fears, and they might be huge ones. However, we cannot let that fear keep us from living our lives the best we possibly can! We can’t allow ourselves to talk us out of experiencing all the wonders out there! Face your fears! Swim with whale sharks! It’s worth it, trust me!

5 Reasons You Should Visit Isla Mujeres 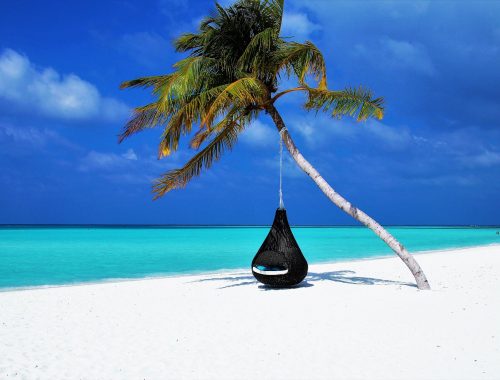 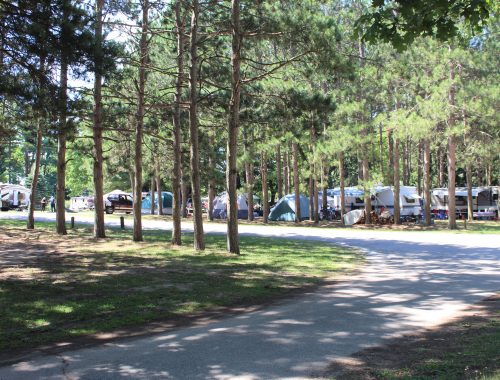 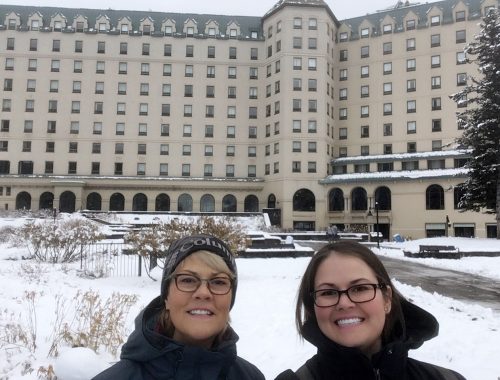 Why You Should Plan A Mother-Daughter Trip!

Come escape the norm of everyday life with me and see what our beautiful world has to offer.
Explore my blog to see more👇🏻

Unfortunately there are no more leaves on the tree

Happy Sunday! How are you enjoying your weekend?

If I could stare at a sunrise or sunset all day, I

Have you ever graffitied something? I wonder how m

Take a ride with me through some beautiful fall fo

Hey pumpkin! What are your plans for the weekend??

Next time I visit Door County I will definitely be

What is your favorite fall color??

Just sit back and relax, it's Friday!!